Not only was Porto a true highlight of this journey, but I knew things would be changing from this point till the arrival in Santiago. Porto is where the vast majority of Caminho Portugues pilgrims start their walk. After having walked here from Lisbon, I can see they got a message that I never received. The first 12 stages of this journey aren’t great, so skip them unless you’re into masochistic behavior. Looking back now, the only part of the first half of this Caminho that I really enjoyed were the days spent in Tomar and Coimbra. I will always cherish those memories, but none of how I got there and certainly none of the loneliness I felt along the way. Were it not for my occasional, but cherished, connections with Mary and Paul, and the brief encounter with Michelle, there truly would’ve been no one with whom I connected other than a few seconds of passing, and those I could count on both hands. I spent entire days alone.
That would definitely change in Porto, thanks to all those who got the message: start in Porto. But it’s not quite that simple. There are basically three options for walking north from this large city. Two are on or near the coast, the third takes an inland route. I chose the latter, but many choose the other routes or take them for a few days and then move inland. Eventually all the routes merge near Rodondela and then continue on to the final destination, the plaza by the Cathedral of Saint James (Santiago). Having been by myself up to this point, and frankly getting used to the quiet around me as I walk, and enjoying it, I started from Porto fearful of the change.
I had spent most of two days walking into Porto going through colorless and drab commercial zones – warehouses, factories, and housing blocks for those who worked there – and long sections were alongside highways where the air and the noise assaults you. Consequently I opted to avoid doing the same on the way out. The solution was the Metro, and I rode the “B” line to the first rural suburb near the Caminho. As a result, I had the single shortest walking day yet, a mere eight miles to the farming village of Vilarinho. But that walk had its enjoyable moments, and indeed, I was pretty much alone, probably a good stretch of way ahead of those newcomers who actually started inside the city center. I had booked a bed in a private hostel for that night and was first to arrive in the very early afternoon. The host family is French and extremely welcoming. I settled into my space – a bed – in a room with one other bed, only slightly larger than mine, and after washing my sweaty clothes, sat out on the patio to read and write for a while. 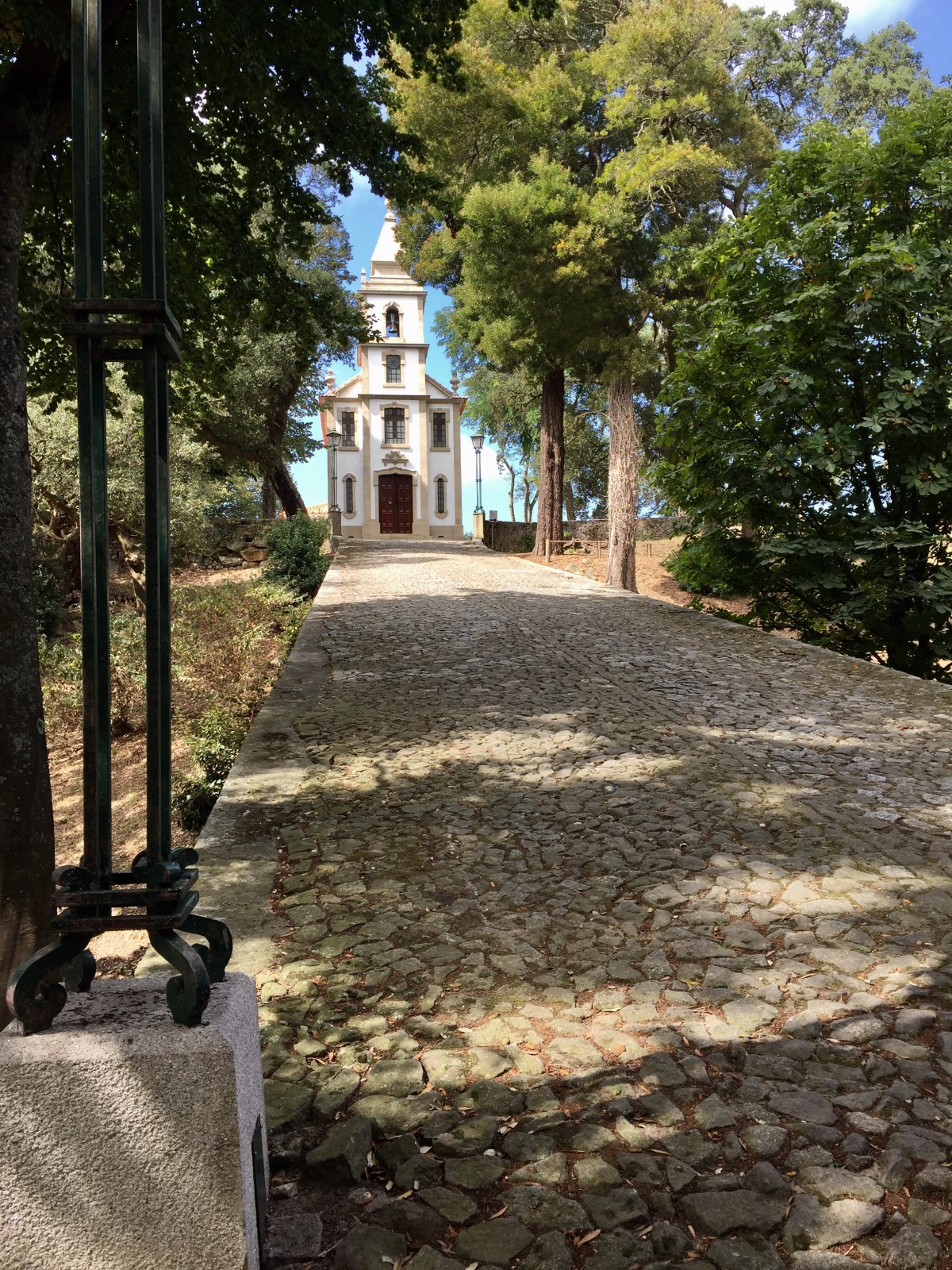 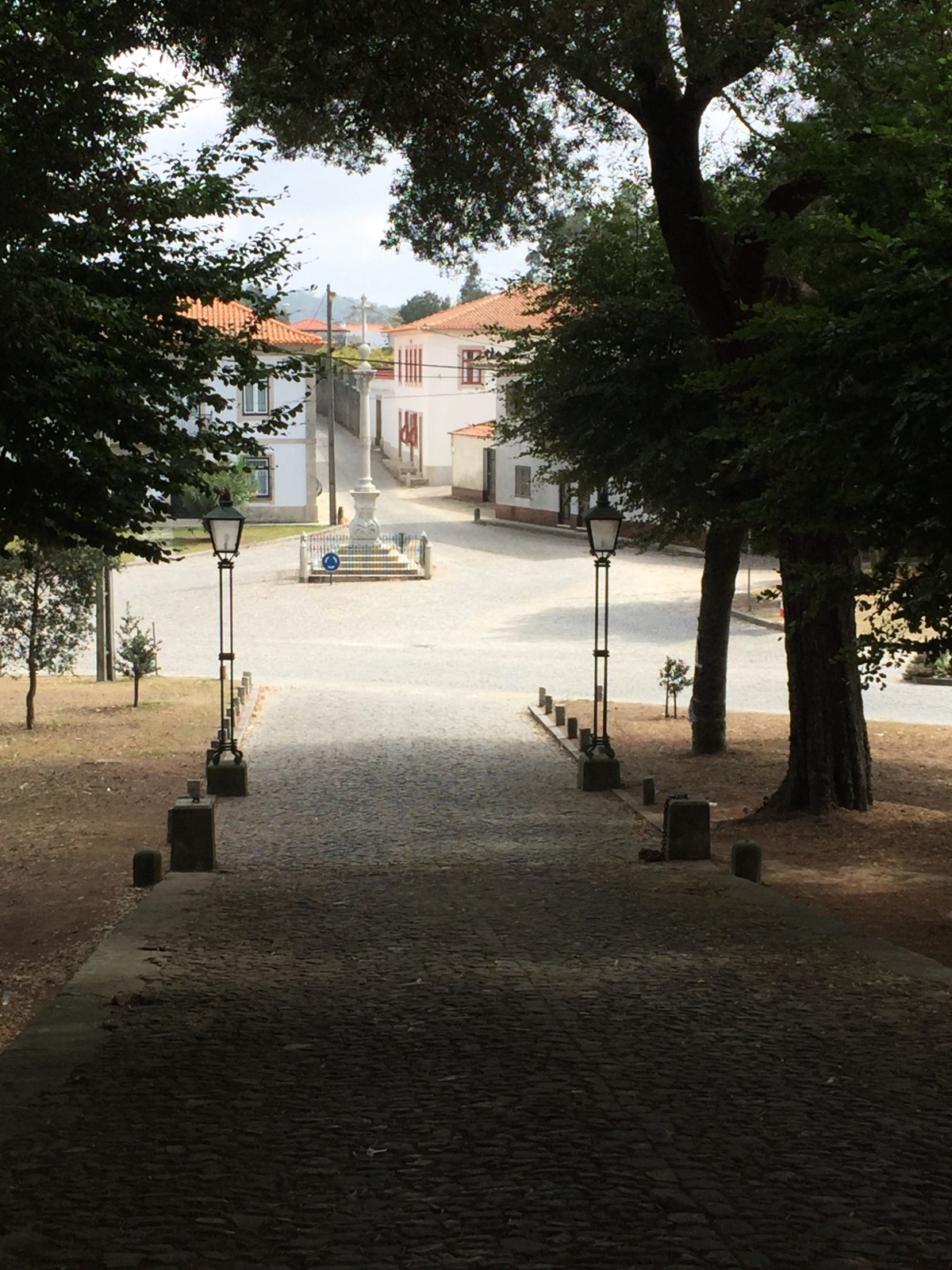 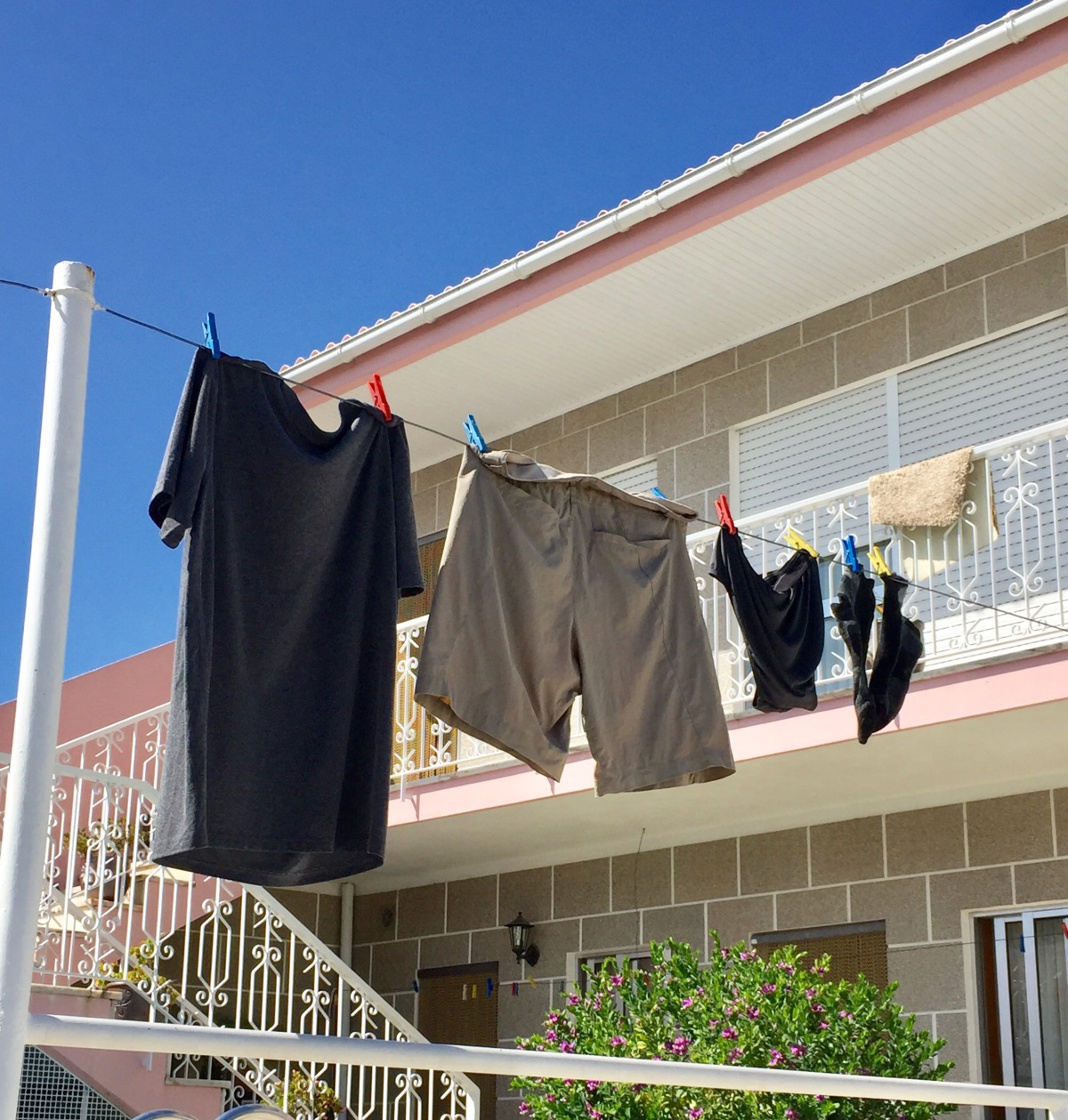 As the afternoon wore on, others arrived and settled in too. On the lower section of the Caminho I would’ve remained alone, but not anymore. As expected, things really had changed. Among the last to arrive were two Frenchmen, a couple, and they were assigned to the second bed in my room. One was large and one was small but that bed was going to have to accommodate them both no matter what. They were obviously efficient in their unpacking and getting organized, as their highest priority was getting into town to have some wine and then dinner. Prepping me got the disruption they’d cause in the morning, they told me “Vee start vvverrry early.” I asked them where they intended to go to dinner and then said, “you go drink wine, I’ll join you later.” And so I did at the somewhat appropriate Iberian dinner time of 7:30. The place was a 15 minute walk away, and sure enough, Franco and Marc were into their second bottle and had just ordered dinner. I ordered a can of ice tea – which they mocked as “so Americain” and picked out my dinner as well – pork cutlets, with fries and a green salad. Franco, the little one, explained that he plays with trains, but then went on to say he’s a traffic controller for the Paris Metro, the famed subway system. Marc said he’s a “flavorist,” (say that in a very French accent and it sounds even more exotic). He’s a consultant to big food companies and restaurants on flavors. He said he has a great nose and grew up learning to cook. Both were entertaining to be with, but our language gap certainly was a barrier to a deeper conversation. The hostess liked us and brought a bottle of port to the table to share some of that local specialty. I had one glass – excellent like drinking intense cherry liquor – but then said I’d head back. My roommated stayed and presumably had a few more. They rolled into the room just as I was falling asleep. But true to their word, they were up early, packed quietly in the dark and were gone while I still snoozed a few minutes longer. Three men getting ready in a small room is not a pretty sight, so I avoided contributing to it. The new day’s destination was Barcelos, a town with an exceptional reputation, but getting there would take all day. 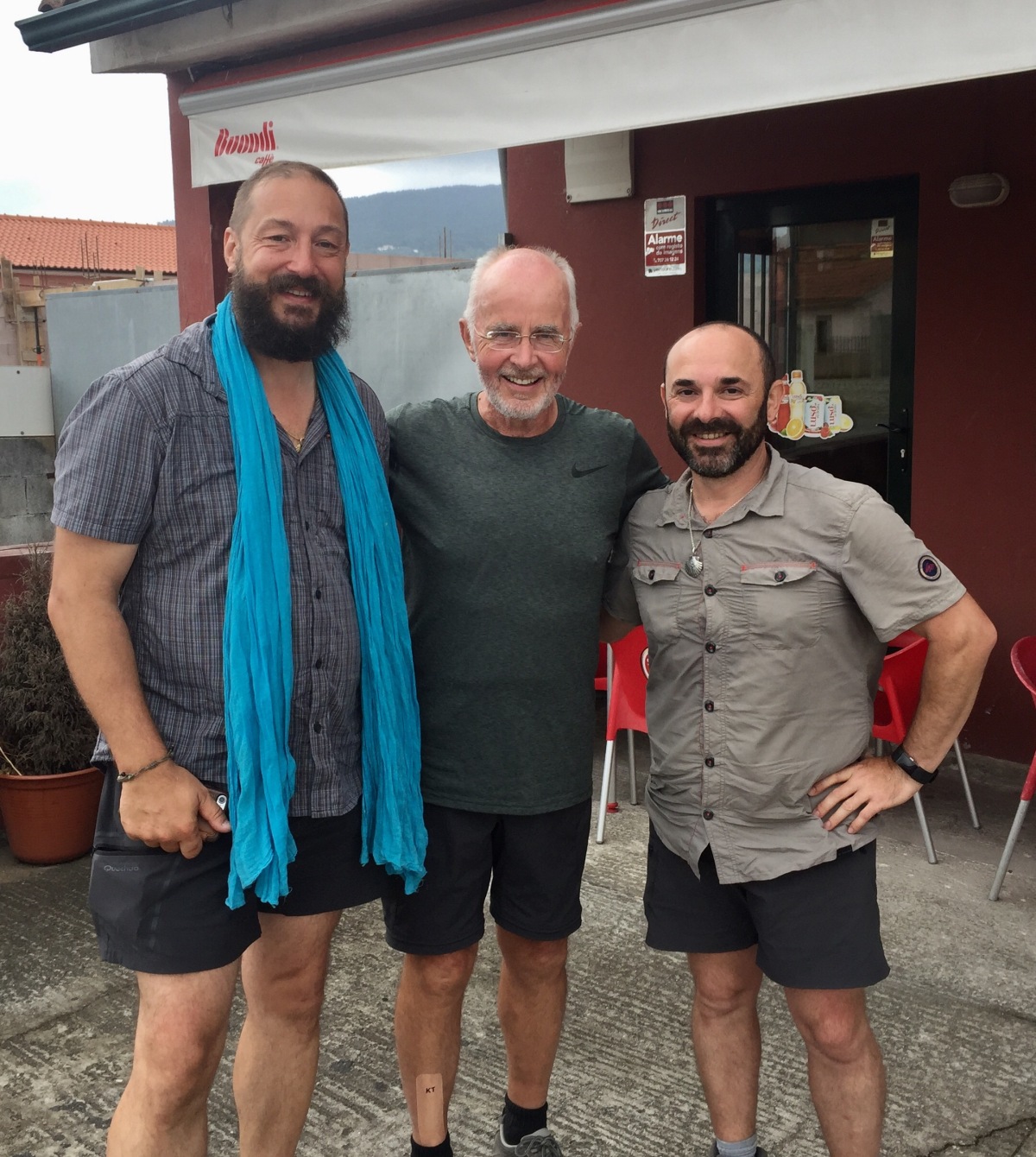 One thought on “Playing with trains and flavors” 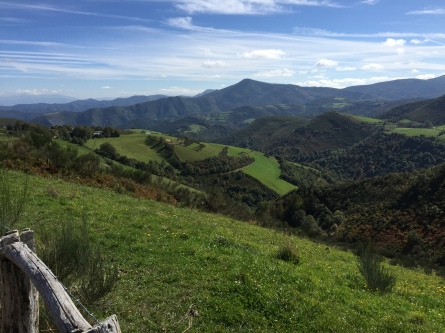